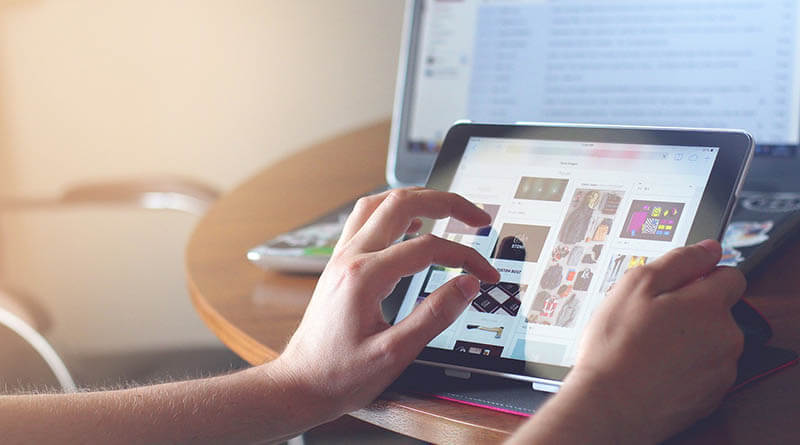 Every year, Apple releases a new version of the iOS software which ends up further expanding the accessibility and capability of an operating system that is already bustling with functionality. Our iPads are so laden with little trinkets and abilities that often at times. We are not even aware of them. Here are 7 tricks for your iPad to make using it even more facilitative. Continue to read about 7 tricks for your iPad.

7 tricks for your iPad

If you use your iPad to write and edit, then this may be a lifesaver. Simply press down with two fingers when your keyboard is open and you will access the trackpad. You can now move your fingers anywhere on the screen and the cursor will move along with them.

If you have one of the newer iPads such as the Air 2 or the fifth generation. You can split the screen to use two apps at a time by swiping in from the right side of the screen as you are present in an app. This would split the screen and add the last used application to one of the windows along with the app you were just on in the other window.

Instead of searching for an app by checking out every single folder on every single window on your iPad, you can ask Siri to launch an app for you. Simply say Open followed by the name of the app, and you are rid of the need to search through a number of icons.

Have you ever found yourself feeling uncomfortable as you try to reach the letter keys in the middle of the screen? Well, the iPad has a solution. By late pressing the little keyboard icon which is used to remove the keyboard, you will open up the option to split the keyboard into two halves into opposite sides or undock it to place it wherever you would like to on the screen.

Your iPad has a built-in App Switcher that can be accessed with various gestures. For example, by pinching in with five fingers, you can close an app and return to the homepage. By swiping left with four fingers when in an app, you can return to the last app you were using whereas swiping right would take you to the very first one of the session.

LOAD UP THE DOCK

Bottom-most panel on your iPad screen is called the dock. Regardless of which one of the Home pages you are on the dock will remain present. By simply pressing on, dragging, and dropping an app into the dock. You can load it up with the apps of your own choice.

Switching between applications with the iPad is so easy. You should be able to do it in your sleep. Double press the Home button and the screen will shrink to show you the applications that you have used recently or are running in the background. Simply touch the window of the app you want to use and swipe the rest up. Battery life will be saved unless you close an app just to open it again seconds later.

That was our list of 7 tricks for your iPad

One thought on “7 tricks for your iPad to try out”