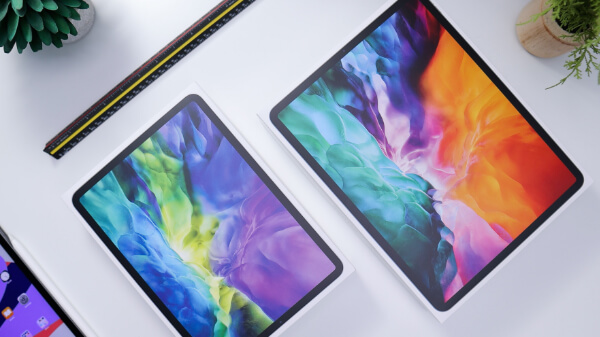 Several images of the upcoming mini LED iPad Pro and the long-rumored iPad mini 6 have surfaced online. The images depict the redesigned camera system of the 2021 iPad Pro, as well as the similarly styled iPad mini 6 with thick bezels and a home button.

Sonny Dickson shared images of the dummy versions of the upcoming 11-inch and 12.9-inch iPad Pro and iPad mini 6 on Twitter earlier today. The images of the iPad Pro confirm previous leaks about the redesigned camera system with LiDAR sensor and the mini LED display.

At an event later this month, Apple is expected to unveil the refreshed 12.9-inch iPad Pro with the mini LED display. The Mini LED is expected to increase the device’s thickness by up to 0.5mm, which is visible in the images because the camera system on the larger iPad protrudes less. The same ProMotion LCD display is expected to be used in the 11-inch version.

Aside from the design changes, 2021 iPad Pro models will be equipped with a faster A14X Bionic chip. The devices will also have a Thunderbolt port for connecting to external displays and other accessories. According to a report, the speaker grills on this year’s iPad Pro are also getting smaller.

Are you looking forward to the iPad Pro this year? What do you think of the iPad Mini 6? Were you hoping for an iPad Pro-style redesign? Please share your thoughts in the comments section below!