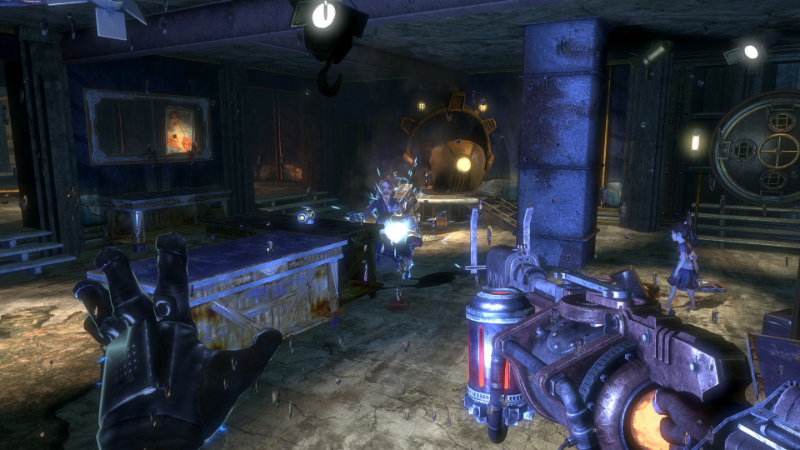 The second game in the cult-classic series of first-person shooters is BioShock 2. To save Little Sister Eleanor from its sinister residents, Mac gamers will now return to the fallen city of Rapture. With all-new high-resolution textures and templates, players can now better appreciate the gleaming art-deco architecture of the underwater metropolis than ever.

Play as a fearsome Big Daddy and rescue your Little Sister, Eleanor, from the clutches of the frenzied Rapture Family, a collectivist cult conspiring to transform her into a genetically modified Messiah. Wield gene-altering Plasmids against vicious Splicers and violently protective Big Sisters as you navigate Rapture’s dripping art-deco halls.

“Shadow of the Tomb Raider,” “Alien: Isolation-The Collection,” “Life is Strange 2,” “Absolute War: Warhammer II,” and more. The studio is also responsible for publishing some of the most successful AAA games on the Mac App Store.