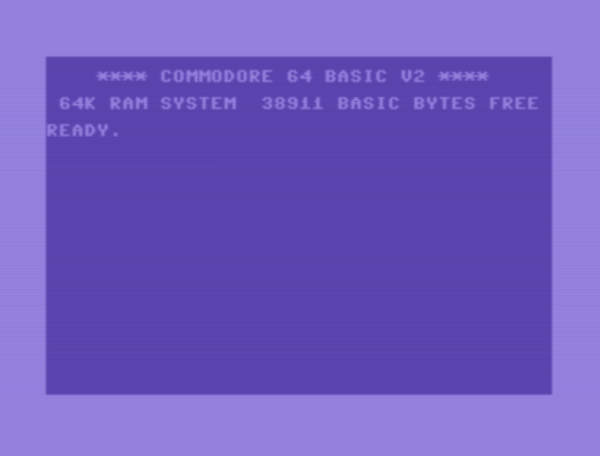 C64 emulator Mac gaming (or programming) for those who miss the 8-bit era. C64 games can be played on most modern computers. I don’t know of any OS that doesn’t have a C64 emulator. Let’s look at the most popular and common C64 emulators for Mac.

There exist only two options when it comes to C64 emulators for Mac. VICE (The Versatile Commodore Emulator) and VirtualC64. Let’s have a look at the C64 emulator options for the macOS.

Vice includes not only the C64 from commodore but most of their computers except their PC line. Including the C64 you can emulate C128, CBM-II, PET, VIC20, and PLUS4.

Playing games on VICE is easy. You can load disk images, tape images, and cartridges. One option to start games is with the autostart feature. This will load and start the first game found on the image. If you choose to do it manually you will have to use the LOAD command like we had to back in the 80s.

VICE includes a ton of features

A snapshot saves the state of the C64. C64 games don’t usually have progress save function. But with snapshots, you can save progress in games, or whatever you want. Back in the 80s, you would need a Final Cartridge, Power Cartridge, or something similar to save your game progress.

Record/Play events save your typing and events like that and you can replay them.

In screen settings, you can change how the CRT emulation should look, remove the scan lines or change the colors. You can remove the borders or even the aspect ratio.

For audio, you can change the SID model or you can add up to 4 SIDs if you want to. You have the option to change the sampling method and filter emulation like passband, gain and filter bias.

Input devices can be added or configured. Like the keyboard, joysticks, mouse, or control port.

Peripheral devices like floppy drives. You have the option to change or add drives like models 1540, 1541, 1570, or 1571. You can also use a directory on your computer as a filesystem device for your C64 emulator. There are printers to configure. Either real ones or simulated printers. RS232, tape port settings, and ethernet.

Settings to configure a lot of different cartridges. You will need to get the image file for the cartridges elsewhere. They are not included with VICE. I assume that is because of copyright issues.

ROM files for the kernel (system), basic, characters, and disk drives are included with VICE. They are not included with VirtualC64. Unless you have them, bought them, or got them elsewhere you might need to download VICE anyway just to get the ROM files.

This is the VICE monitor tool where you can do all sorts of stuff like inspecting the RAM, CPU or all kind of system parameters.

VirtualC64 looks much more modern than VICE. Most of the features are available from the menubar at the top. And you can edit the touch bar if you got a Macbook Pro and do things from the touch bar. However, there are not as many options in VirtualC64 as in VICE. But for playing C64 the VirtualC64 is more than good enough.

The latest version (V4.0.1) seems to have a bug where you can’t load tape images. It is reported in the GitHub repository so I am sure it will be fixed soon. If you don’t have the official C64 ROMs (included with VICE) you will have to use the free M.E.G.A C64 ROMs. And there is no disk drive ROM there, so you can only load cartridge image files.

If you want to play around with BASIC programming you would also need the official ROMs. I haven’t read the documentation for the M.E.G.A ROM but there seems to be missing some support. Let’s look at the features.

If you are into programming you have access to an easy-to-use inspector function where you can monitor and manipulate the CPU, CIA, Memory, VICII, and SID chip.

Snapshot to save the machine state, like saving in the middle of a game and re-load it again, can also be done from the toolbar.

A screenshot is also easy to create from the toolbar. There is even a screenshot browser built-in. The rest of the toolbar buttons is setup for joystick ports, keyboard, preferences and to reset and power cycle the machine.

VirtualC64 does not contain all the options and features of VICE. But for games, it seems to be more than capable, and it has a much more appealing look than VICE.

The source code for VirtualC64 is available on this GitHub link. If you are familiar with C++ and Swift you can modify them. I tried to compile it with the latest version of Xcode, and it works fine.

To make it a bit easier for your self try to get the official C64 ROMs.

For advanced users, I would say VICE is the obvious choice. For gameplay, you can go for either one of them.

Check out how to clean your mac.