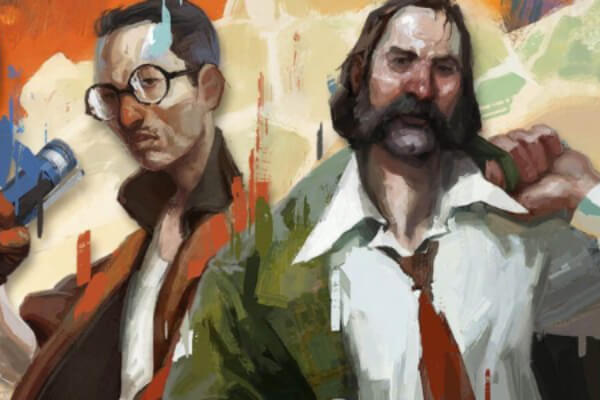 Disco Elysium is an isometric detective game that takes on RPG elements. A 30-hour story is told through the eyes of a detective with hangover-induced amnesia. Decides what kind of detective you wish to be: Intelligent (think Sherlock Holmes), Sensitive (think Dale Cooper), or Bruiser (think Marv from Sin City) Each determines the base stats for your nameless gumshoe and influences the decisions offered to you from the get-go. The game uses some unique game mechanics- such as debating against 24 different sections of your own brain- to create a story that will stay with me for a long time.

Your character sheet is made up of four distinct pillars: Intellect, Psyche, Physique, and Motorics. Each one is a distinct voice in your detective’s head, represented in the dialogue window during conversations. There is no combat in Disco Elysium, not in the traditional sense anyway. Throwing a punch is a matter of willing your detective to do so, and the consequences are verbal rather than physical. It’s a truly fun way of dealing with exciting sequences and a welcome breath of fresh air compared to more action-oriented RPGs. The game’s closest analog is perhaps the outstanding Divinity: Original Sin 2 if you replaced all of its turn-based combat with early-era LucasArts point-and-click scenarios.

Clothing positively and negatively affects your skills, which will be familiar to those acquainted with Bethesda RPGs. Quick costume changes can come in handy when faced with a dice roll that looks too difficult at first glance. You can also boost yourself by consuming alcohol or taking drugs, such as speed. The game has such a strong central story driving it along that I ultimately didn’t miss the lack of difficulty in Disco Elysium’s story.  Disco Elysium is set in the city of Revachol, the once-proud capital of the world you wake up in. Martinaise, the district where you’ll spend most of your time, is an impoverished hub of anger and discontent. Each time you complete a thought, a new grotesque illustrative painting fills your screen. It’s a beautifully realized depiction of a firmly ugly place. The density of the game’s world can sometimes feel overwhelming, but this is never the case with Elysium. It encourages you to take your time and absorb all the information you are being fed at your own pace.

Disco Elysium is an exercise in detective fantasy and evaluation of your own socio-political leanings. A dense cast of characters and well-realised world makes it feel like you’re playing a real-life adventure game. Dialogue is meticulously written and the characters are well-drawn. Some of the dialogue is deliberately obtuse but it never clouds what you’re meant to be doing. Tasks are clearly listed on the menu with a generous amount of hinting as to what you’ll be aiming to achieve. Many people in Revachol hold racist and fascist beliefs and aren’t afraid to express them.

There are two main plotlines to the story of Disco Elysium: the murder case you have been sent to Revachol to solve, and a more personal journey as you attempt to piece together your past. Over the course of 30 hours, I couldn’t stop reading everything I picked up, learning more about the world I was in and the people that were suffering in it. Ultimately, I was satisfied with the ending I got, even if I did leave a bit more of a mess behind me than I desired.