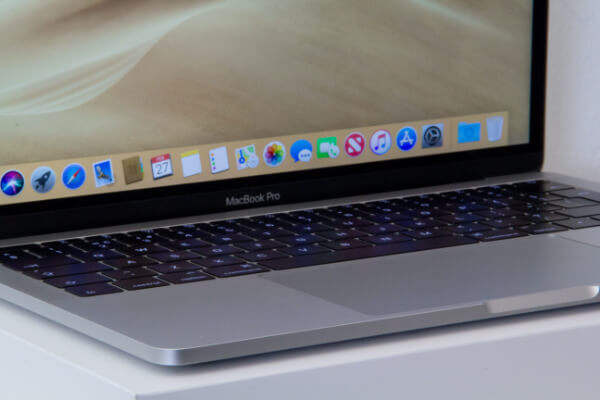 Intel has been hammering Apple with a series of recent ads that highlight what it considers to be flaws in the Apple M1 MacBook Pro while promoting the power of Intel’s 11th-generation processors in Windows laptops.

However, in what appears to be an unfortunate if amusing oversight, an Intel advertisement spotted on Reddit substituted a Windows laptop for a MacBook Pro. Although Intel processors are still used in some Macs, this blunder (if it is a blunder) appears to contradict Intel’s promotion of Windows laptops over Apple’s lineup, and it was quickly shared on social media.

The ad in question promotes the Intel Core i7-1185G7 CPU and includes a Getty Images still of a man working on what appears to be a MacBook Pro, along with the tagline: “The world’s best processor on a thin and light laptop.” While that appears to be innocuous to the average web browser, it stands in stark contrast to Intel’s recent anti-Mac messaging.

A closer look at the image’s Getty Images page reveals an expanded gallery from the same series, which gives us a better look at not only the MacBook Pro, but also what appears to be an Apple Magic Mouse being used.

While this appears to be a humorous oversight, it is entirely possible that the error will diminish the impact of Intel’s recent marketing campaign. The company even went so far as to use Justin Long, best known for his role in Apple’s classic “I’m a Mac” commercials, to compare Intel’s processors to Apple’s M1 processors.

Even stranger, MacBooks do not (and will not) include Intel’s 11th-generation processors, as Apple is shifting away from third-party CPUs in favor of its own chips. So this is definitely a case where a little more research before the ad was approved would have been beneficial.